Work for the Police

Today's police force offers a wider range of career choices, with more and more frontline crime fighting operational roles not requiring you to be a serving police officer.

All the following roles contribute to the police service's stated aim to both reduce crime and the fear of crime. In addition, they offer stimulating career prospects and training opportunities. Here are summaries of 'headline roles' for both serving and retired officers, and for career movers currently outside the police: 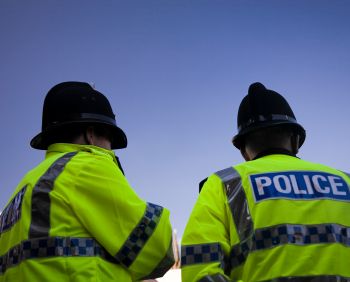 As a police officer, you will be on the frontline of crime initiatives. However, your exact role will depend on the specific force and whether you choose to specialise after your initial training.

Everyone who wants to become a police officer has to complete a two-year probationary period working on the beat. Many officers prefer to spend the majority of their careers in patrol, while others opt for more specialist areas of work.

Options for joining or moving within the police:

While police staff roles in the past have been primarily concerned with administrative duties, many now put staff at the cutting edge of crime detection, investigation and law enforcement, often working right alongside serving officers.

Do you have the coolness and methodical nature to be an effective scenes of crime examiner? Or do you possess the commitment and computer skills to become a computer forensics examiner?

Whatever your background, choosing a civilian crime fighting role allows you to work at the very heart of the police, resolving crime and serving the public, whilst developing yourself and your career. Here are profiles of roles that offer new career directions for civilians working in the police:

As a police community support officer (PCSO) you will be the eyes and ears of your force on the street. You'll be dealing with an incredible range of challenges including, supporting victims of crime, helping with house-to-house enquiries, as well as tackling anti-social behaviour and protecting the public from security threats.

You will be in uniform, but you won't generally have police powers although this can vary from one police force to another. This isn't a job for the faint-hearted, but if you want variety in a challenging and worthwhile career, then this could be for you.

Specials, as they are commonly known, are an unpaid trained force of volunteers who support the police's work, especially in terms of public disorder.

As a special, you will have full police powers and will be asked to give four hours a week to your chosen force. You will provide a vital link between the regular (full-time) police and the local community in which you'll be working.

Scenes of crime officers work from police force headquarters or divisional offices. They spend most of their time out on investigations, the rest on writing reports and preparing statements.

Scenes of crime officers work in all kinds of environments and weather, at any time of day or night. They'll establish what evidence the investigating police officer requires, decide on the best methods of obtaining it and then take charge of the scene and direct the order of work. They'll take evidence from the scene, such as photographs and fingerprints, and send them for analysis.

The role of a fingerprint officer is to find the owner of the prints taken from a crime scene. Sounds simple, yes, but this can sometimes be one part of a very complex examination process. It requires many skills, including a great deal of patience, organisational ability and a good eye for detail. It requires three years' training covering analysis, identification, history, science, chemicals and witness training.

Ultimately, the identification of fingerprints is a powerful tool for the police that can impact hugely on peoples' lives, in that it alone can vindicate the innocent and implicate the guilty.

A typical day starts by collecting the SOCO's (Scene of Crime Officer) report, which contains the fingerprint lifts taken from a specific crime scene. These are then entered into the individual force's fingerprint database system as well as the NAFIS (the National Automated Fingerprint Identification System) which will then cross check the evidence against a database of nearly six million prints, with each result examined with the eye. If a positive result is found, they're checked again by another officer before being passed to the forensics intelligence team. Finally, where appropriate, the results are passed on to the officer in charge of the case for an arrest decision.

CIOs are trained in the techniques of criminal prosecutions, in particular PACE and PEACE, and a range of investigation techniques. They work alongside detectives gathering evidence and taking statements. This frees up sworn officers and plain clothes detectives to focus on front-line or other investigative priorities. CIOs primarily conduct initial investigations of low level cases, which can be either over the telephone or house-to-house. CIOs can also be responsible for recovering and documenting exhibits and obtaining statements. While these powers are still not full police powers, they do cover most of the territory required to investigate crimes, including powers of seizure and search.

Intelligence analysts collate intelligence into patterns of who is committing crimes, how, when, where and why. This information and analysis can then be used as the basis of recommendations on how to stop or curb the offences.

Crime analysis has become an increasingly important part of policing and crime prevention, and thousands of specialist crime analysts are now employed by police forces worldwide.

Working as part of a team, the role of a crime analyst is an exciting and varied one. Crime analysts are responsible for identifying, planning and conducting the collection, integration and analysis of information and any related intelligence from both computerised and manual sources.

Crime analysts can pinpoint individuals and companies proactively or in response to an ongoing operational investigation. They review key aspects of each enquiry, including existing intelligence, information, evidence and associated data. They'll determine any relationships, associations and or common aspects that may highlight immediate targets or lines of enquiry.

Critical analysis skills are crucial to this role as they are used on a daily basis, identifying patterns in crime and criminal behaviour, spotting trends and analysing intelligence, before making recommendations in order to deploy resources more effectively. Crime analysis techniques can be categorised into three main groups:

Tactical crime analysis is used to:

Strategic crime analysis is used to:

Administrative crime analysis is used to:

Key legislation over the following years has put computer forensics at the heart of modern policing: namely with the arrival of the Criminal Justice Act in 1994, the Data Protection Act of 1998 and Operation Ore in 2004, which that convicted more than 600 sex offenders in the UK and sparked a raft of investigations into internet pornography.

Computers and the Internet represent the fastest growing tool used by criminals, a trend which seems certain to continue for the foreseeable future. Nearly everything that someone does on a computer or a network leaves traces -- from deleted files and registry entries to the Internet history.

Thus over the past few years, computer forensic evidence has become a key component of criminal cases. The principle role of a computer forensic investigator is the acquisition, examination, and reporting of the evidence found on computers and networks in connection with a criminal or civil investigation.

This is a crucial job as the information received during an emergency call, and the time taken to get it, could mean saving the difference between life and death.

The role of a radio dispatcher is an exciting and varied one. The role involves dispatching police officers to incidents that have been logged onto the police system as a result of a telephone call from a member of the public.

Judgement is an essential part of the job. It takes a special kind of person to advise, direct and deploy police resources to emergency incidents. Working in a challenging environment demands clear, quick thinking, excellent communication skills, common-sense and sound judgment. Keeping on top developments as they happen and making sure that any further requests for assistance are acted upon obviously make this an extremely important link in the chain of command.

Case files are key to successful prosecutions, which rely on provide quality and timely evidence to support prosecution cases.

The role of a Prosecution File Preparation Officer, complements police work allowing officers to concentrate their time on front line policing. It's a job with variety as no two cases are ever the same. It also requires close attention to detail when preparing files for trials and hearings, otherwise prosecutions can fail to secure convictions.

Working as part of a team, a detention officer is responsible for the reception, documentation, detention and wellbeing of persons brought into custody.

As well as delivering meals, administrating medication, supervising exercise, taking photos, fingerprints and DNA samples, it’s up to detention officers to know exactly who’s in custody and what their individual needs are. Some detainees may be confused and angry, others unwell or drunk, however, no matter what their circumstances are, it is essential that each individual is kept secure, safe and in good health.

Detention officers work in close conjunction with serving police officers and one of their key responsibilities is to ensure they do all they can to help officers when they bring a detainee in, ensuring that the officers can get back to their job of making the community a safer place as soon as possible. The role requires patience, compassion and discipline to treat each individual fairly regardless of their circumstances.

If you're starting or building your career in HR, the police service offers broader scope for a unique, interesting and challenging career than most. Under the HR umbrella are dedicated departments, including:

The Legal Services department of a police force is responsible for handling and advising on cases, involving varied legal issues. Positions include Force Solicitor, Civil Claims Manager and administrative support.

You could be providing legal advice and representation to and on behalf of a police constabulary, for instance in court, disciplinary hearings, employment tribunals, major inquiries and inquests. Very few legal careers offer such diversity.