Listening to the voices of Bow Street Bow Street Police Station and Magistrates Court closed its cell doors for the final time on 5 October 1992 when the Met moved its operations from that part of the West End to Charing Cross.

The restored building is now occupied by a swanky hotel but the historically familiar façade and some of the original signage has been maintained and the owners of the business have helped finance the creation of a new police museum on the site.

It is a welcome and long overdue addition to a part of London that has lots of museums and other tourist attractions. It is not a museum of objects particularly but all the better for that. While there is plenty of information on the early history of the Bow Street Runners and the founding of Robert Peel’s much copied crime fighting model, what the curators have done well is to concentrate on the stories of the more contemporary officers who served there.

The video interviews with retired Bow Street regulars are, for me, the best exhibit and a good example of the modern trend to promote ‘living histories.’

Their stories crackle around the old station cells like short wave radio transmissions and will be familiar to every officer who served during the sixties and seventies. Bow Street is home to a series of firsts  - Britain’s first black police officer Norwell Roberts was based there as was the first female Chinese officer Lee-Jane Yates.

But serving and retired officers will recognise the people on show here; men and women  who came from the same streets and estates as the villains who ended up in the dock in Court No. 2 which has been preserved for posterity in the new museum.

Their humour and straight talking no-nonsense approach may have become unfashionable in some circles but if things were to start getting a bit hairy I know who I would want standing next to me if it came to a fight.

Some of them served their entire 30 years at Bow Street and were so familiar to the canteen staff (note the canteen was open 24 hours a day) that their preferred dish was ready and waiting as they came in for their meal breaks. 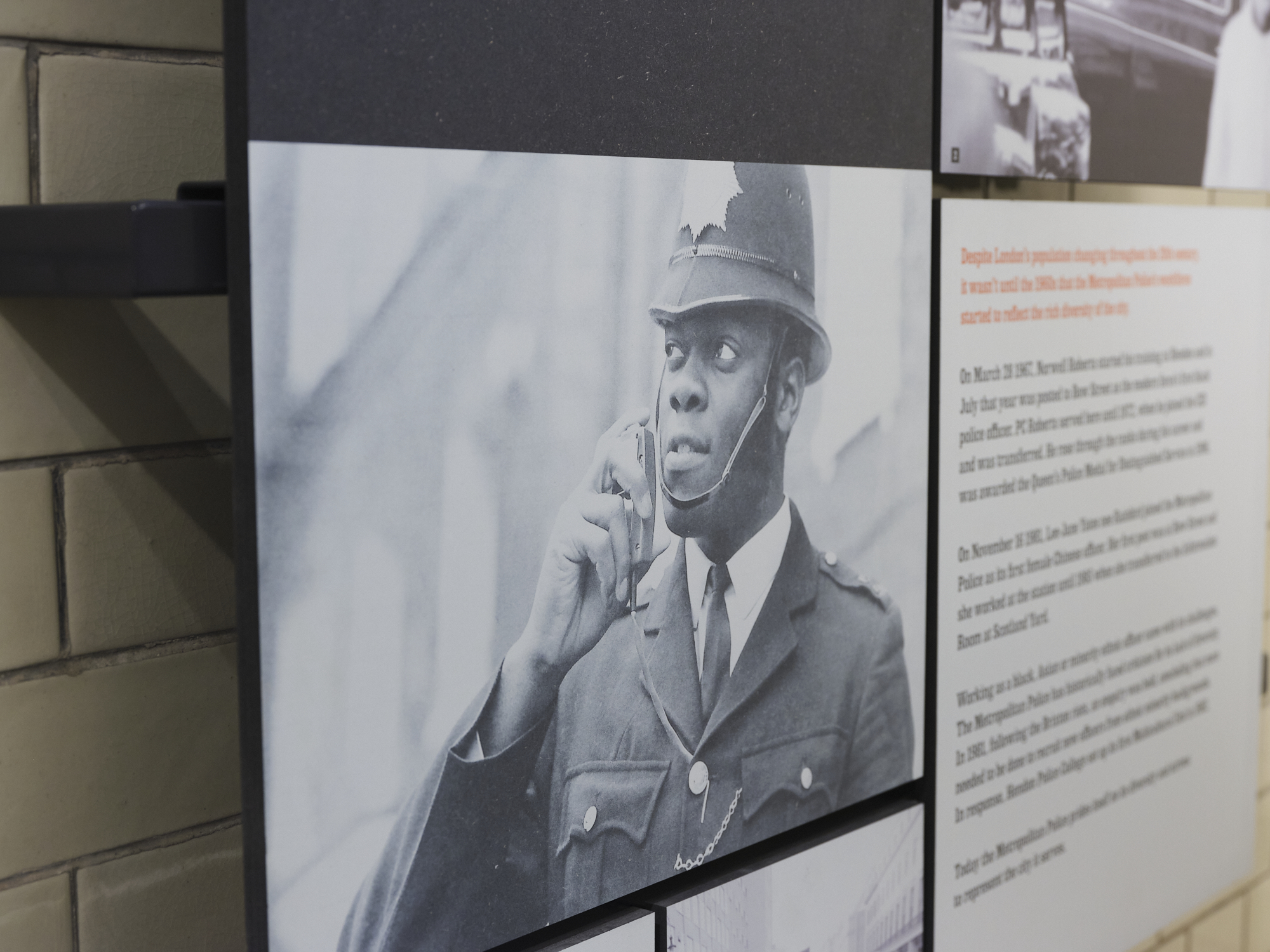 Pressing matters for all of them included keeping their uniform smart, haircuts and trying to stay warm.

One former officer featured in a video exhibit was the fourth generation member of his family to serve in the Met starting with his great grandfather in 1859. His grandfather ended up as an inspector at Bow Street.

Another officer confesses he became a sergeant ‘far too young’ aged 24. He describes the first six months in the rank at Bow Street “as the most stressful thing i have ever done in my entire life.”

Another confesses that he used to wear his hair ‘probably half an inch longer” than his line manager liked. The first time they were introduced “I had only just had it cut” he says and the inspector shouted “how dare you walk into my office looking like that. Go and get your hair cut.” I thought ‘well, welcome aboard son.’

During the PIRA mainland bombing campaign in the early 1970s terrorists were literally hurling bombs into west end restaurants. A highly suspicious abandoned suit case was found near Bow Street station. One officer remembers: “I called my guvnor and said we need to evacuate Leicester Square but that would have been a really big deal.” The senior officer came down to the scene picked up t