Detective Chief Superintendent Karena Thomas is the force?s People and Workforce Development lead. She championed the value of mentoring those who are under-represented in policing.
Published - 15/10/2020 By - Chloe Livadeas

Bedfordshire has the third highest proportion of BAME officers in the country. “We've got probably one of the most reflective forces nationally in relation to diversity,” said Det C/Supt. Thomas. “We are doing well but we can always do better.”

Two Bedfordshire officers who drove forward work to improve diversity in the force’s recruitment have both just been awarded the British Empire Medal in the Queen’s Birthday Honours List.

Chief Inspector Mo Aziz and PC Ruth Honegan's positive action recruitment campaign nearly doubled the proportion of officers from BAME backgrounds, which rose from 5.7 in 2016 per cent to 10.4 per cent over two years.

“When people (from under-represented groups) come into the police force, the reality is they are still a minority within the force as a whole and so it's making sure that we have the right support in place to make sure that all of those individuals know they have a voice and somewhere to go with it,” she said.

“They need somebody to speak to so it’s important that coaching and mentoring and support group functionality is there - as it is for everybody - but especially for those that are within any minority group that they've got that support.

“Because if we get it wrong, and we do sometimes get it wrong, the ripples from that and the impact that it has on it within certain groups where they are already a minority is exacerbated, and we have to always recognize that.”

A lack of role models in policing can be seen as a barrier to some groups rising up the ranks. Det C/Supt. Thomas said the structure of the policing hierarchy means that the numbers at senior levels are low.

“When you begin to go up ranks, the numbers are very, very small - you're going down to three Chief Superintendent for example. So the importance of having a BAME and female candidates and diversity coming through every rank of the force is vital,” she said.

One of Bedfordshire’s Temporary Assistant Chief Constables, Sharn Basra, is from an ethnic minority background.  He replaced ACC Jackie Sebire who has been appointed as the new lead for Bedfordshire, Cambridgeshire, and Hertfordshire Joint Protective Services.

“It's just really important to make sure that those individuals equally remained supported, yes, within that team, but equally if they needed to know that there are people from the same cultures or backgrounds as them across the force that they can go and speak to, because sometimes they are still very small numbers.”

The force has a ‘reverse mentoring’ scheme in place, which Det C/Supt. Thomas described as “making sure that the senior officers equally have somebody that is on the frontline and learning and coming through the organization that is from different cultures, different backgrounds, that can tell them how they feel”.

“Which is really positive from a senior management perspective in that, honestly, if I can speak frankly, you can be told when you’re getting it wrong.”

She said it was about “learning and sense checking yourself”. 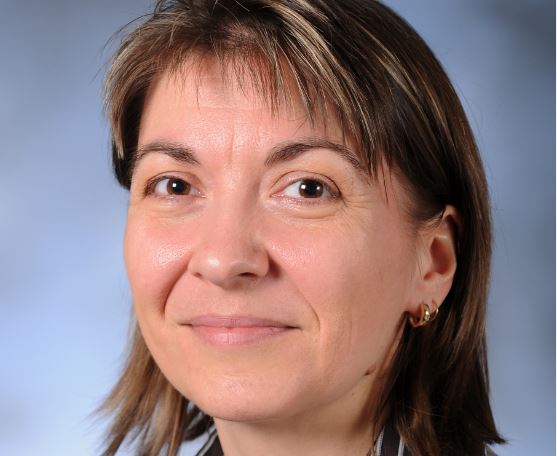 Bedfordshire are also in the process of putting in place a “buddy and mentoring scheme” for new recruits.

Det C/Supt. Thomas said: “If they are within the minority within their cohort and they're getting used to the organisation and the challenges that policing brings in general, let alone anything else, they have somebody that they can speak to within that process just to make sure that they've got the right support and wrap around them.”

Det C/Supt. Thomas said she genuinely believes these measures in terms of encouraging BAME applicants and supporting them through the organisation “are not tick-boxes”.

“There is a real genuine recognition from CC Forsyth in relation to the difference it makes having representation within the workforce and linking out into the community,” she said.

Bedfordshire has recently launched its biggest ever recruitment drive, with aims to bolster the ranks by 156 officers this year. The force currently has just over 1,100 officers and polices an area which, despite being one of the smallest counties, has two urban hubs: Luton and Bedford.

Luton has been described as being similair to a small London borough in terms of policing demands, with an airport, the M1, and a mainline train route running through it.

The force deals with County Lines and other violent and organised crime that comes with a good road network.

The population is very ethnically diverse, with 140 languages spoken across the relatively small area.

Det C/Supt. Thomas said: “We work especially hard to do to make sure we are linking in with our community so that we can maintain and improve that diversity across our workforce. And it is vitally important to do that for all the reasons that have been articulated many times around understanding the issues within different communities, understanding how to police and communicate with those communities.”

The scheme will support delegates through the spring 2021 intake and is open for applications here.