This week, after 48 years? service, Leicestershire Police is saying goodbye to Carolyn ?Caz? Steptoe as she leaves for her ?very well earned retirement?.
Published - 02/07/2020 By - Chloe Livadeas

Caz first joined Leicestershire Police as a 17-year-old cadet in 1972.

Within a year, she had joined the Policewomen’s Department and became WPC Steptoe. At this time she was mainly working with children.

After the 1975 Sex Discrimination Act came in and all aspects of policing opened to women, she became first female neighbourhood officer in Highfields.

Caz said: “Some of the women were wary of the huge changes, they were suddenly out on the streets, working shifts and chasing after criminals. I couldn’t wait to get out there, it was very eye opening and I embraced the change.”

Women were still expected to wear skirts, stockings and suspenders, and a handbag they had to carry on each shift. Inside was a small truncheon, a whistle, handcuffs and two radios, one for receiving and the other for transmitting.

But Caz said “Back then, your greatest protection was your mouth, if you could communicate well with people, you’d get on just fine.”

She has worked on the vice squad and the drugs squad. She remembers a time when she was in plain clothes and her sergeant were patrolling an area of the Highfields when a call came in reporting that a man wanted for murder had been spotted nearby. They located him and her sergeant told her to give chase, so she did.

“I chased him through the Highfields for ages, until he abruptly came to a stop, he turned around and started chasing me! I wasn’t in uniform and it was if he suddenly thought, ‘why am I running away from this woman?’ and decided to chase after me instead!” Caz said.

During her eventful career she was a witness to the riots in the Highfields in 1981 and the miners’ strike in 1984 when she worked 12 hour shifts seven days a week. She also spent many a Leicester City match sat in the crow’s nest at the old Filbert Street stadium and operating the security cameras as part of the football policing operation.

Her parting words of wisdom are: “Communication is key, it always has been. For anyone looking to join Leicestershire Police, if you like talking to people, this is the best job!"

She added “If I could give you any advice, I would say, try to take those extra few minutes to talk to people, whether you’re on patrol or on a job, take the time to talk. And of course – always look smart, you’re representing Team Leicestershire.” 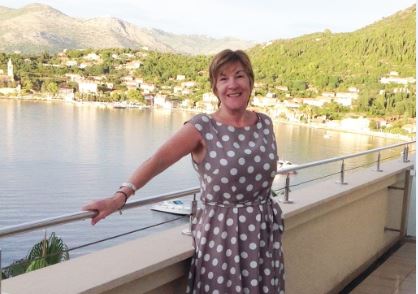 Caz retired as an officer in 1993 due to ill health, but continued to work with the LCFC security team before returning to Wigston Police Station in 1995 as a resource planner where she moved into a team leader position before becoming Resource Planning Manager. She has also worked as an IT Trainer for the force.

Her service has not gone unnoticed and last year she took home the Lifetime Achievement Award at the force’s Women’s Inclusive Network awards and this year she has been nominated for another lifetime achievement award by the British Association for Women in Policing (BAWP).

The force said it is thanks to Caz that Leicestershire is a lead force for their flexible working policies.

Before her work into flexible contracts, the working time directive and battling any breaches of regulations, she said there was no such thing as flexible working.

“If you had a baby for example, you either returned to your normal shift pattern or you left,” she said.

Caz met her husband Kev at Leicestershire Police, and her son is following in her footsteps and becoming an officer and is currently working in the force’s Digital Hub.

Chief Superintendent Adam Streets has worked with Caz throughout his career, he said: “I can’t begin to thank Caz enough for her loyal service to the force over the years. She should be incredibly proud of what