Michael Fuller tells Police Oracle about his experience moving up the ranks in the face of discrimination on both sides of policing.
Published - 19/03/2020 By - Chloe Livadeas

Home Office data recently revealed that the number of black officers had increased just 0.2 per cent over the past decade, with other previously underrepresented groups – such as women – steadily increasing at a faster rate.

He retired from the Inspectorate in 2015. Since then he has been running his own management consultancy company and written a memoir titled Kill the Black One First, published in February last year.

Mr Fuller said the main motivation for writing the book was to communicate to others that even if they faced hardship – of any kind – they can still succeed.

“I did not have the odds stacked in my favour and through hard work and dogged persistence I was able to overcome all the barriers and hurdles that were in my way,” he said.

Mr Fuller said he felt very positive about policing and the police career, and wanted the book to be positive rather than a “miserable memoir”.

The title is meaningful to Mr Fuller. When he was called to the Brixton riots, a black member of the crowd shouted “Kill the black one first” before throwing a petrol bomb at him and a colleague.

Mr Fuller said he had expected hostility from within the police, but not from members of his own community.

“I wasn’t expecting the abuse and the flack that I got virtually every day from other black youths who were often my age,” he said.

He went on to say: “And of course at that time it didn’t reflect the community at all so I thought I’d be doing good by joining but that’s not how it was seen by other black youths my age,” he said.

Mr Fuller said he’d been told to expect racism from within the institution but not from his peers.

He said: “A bit of abuse is something you take in lots of jobs and joining the police is not for the fainthearted.

“That’s something you expect but what I didn’t expect was the continued flack, abuse, mocking, bating from colleagues and then also a real hatred from members of my own community in terms of being seen as a traitor.”

Mr Fuller first joined the Metropolitan Police in 1975 as a cadet aged 16.

Mr Fuller would play cops and robbers as a child, and solved his first crime aged eight. He was in care from the age of 18-and-a-half months. The children’s home he lived in was burgled. Mr Fuller saw someone in the local park who he suspected to be the perpetrator and, after he informed his neighbourhood officer, discovered it was in fact the burglar.

That’s when he decided he wanted to be an officer. He said that no one around him took him seriously.

His school friends, teachers and biological parents – who were Windrush-generation Jamaicans - all tried to dissuade him from being joining the police.

At that time there were even fewer black officers than today, and the one Mr Fuller looked up to and was inspired by, Norwell Roberts, was bullied and received a lot of racist abuse.

By 2002 he had been promoted to Deputy Assistant Commissioner. 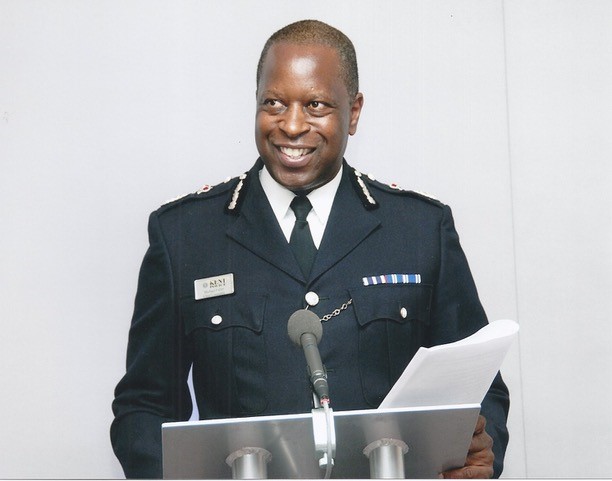 When he went for the role of CC he said he was told he had very little chance of success and most people thought he would not get the job.

But he said he received – and still does today – a very warm reception from the community he served.

“In cases people just judge you as they find you,” he said.

“I was very community minded and took the values and protection very seriously. I was very clear that the role of the police is to protect members of the community, regardless of their race, colour, religious and sexual orientation. We’re there to serve everybody and protect them.”

While with the Met, Mr Fuller wrote the action plan during the Steven Lawrence inquiry which led to the subsequent creation of the Racial and Violent Crime Taskforce.

He also formed Operation Trident, a community led initiative to combat gun crime in black communities. He spoke about the challenges of poor relations between the force and its neighbourhoods had on investigations.

He said: “The statistics and the fact was that if you were a black victim of gun violence or violent crime, your crime had less chance of being solved because of the fact there were less likely to be witnesses and other community members cooperating with the police."

Despite having such influence throughout his police career, Mr Fuller said there was some people who were just “so racist” it would not matter to them who he was professionally.

Mr Fuller described a scenario when he was a Detective Chief Inspector and two officers would walk past his office and shout “bananas”.

“I couldn’t believe it was happening,” he said.

Mr Fuller said that sort of racist abuse was something he never got used to or ever tolerated.

When he stops black officers in the street and speaks to them about their experience, some of them say the problems of the past are still there and even describe things as being worse, something which Mr Fuller says he finds hard to believe.

Mr Fuller says he keeps asking himself the “uncomfortable question” of why have there not been other black CCs after he “broke the glass ceiling”.

“I do think it’s for others to answer,” he said. “It’s not my responsibility.”

“When I talk to Americans, particularly black Americans they’re amazed because black chiefs in America are no big deal. There’s lots of them. But they’re amazed I’m the only one and have been for years.”

Mr Fuller said that forces also do not have good retention strategies or put enough emphasis on retaining BAME officers. He also believes they are not always transparent on the matter.

“You want to retain everybody but it is extra hard to recruit people from diverse communities so they should be putting extra effort into actually retaining them,” he said.